Video poker now comes in all sorts of variants, each with special rules and special cards that win bigger prizes, allowing players to choose the games they feel have the luckiest odds. Deuces Wild is a version that goes all the way back to table poker games in cowboy saloons. It is now available in the single-player version against a random number generator at many online and mobile casinos.

Although it is played using a standard 52-card deck, as the name implies, Deuces behave like Jokers in Deuces Wild. The Deuces are truly Wild, meaning they can substitute for any other card in any poker combination, as opposed to some video poker variants in which designated cards are semi-Wild, meaning they only function as Jokers in specified combinations.

Deuces Wild pays prizes for Three of a Kind or better, and different versions from different game developers will all have their own personal tweaks to add to the pay table. Players can also choose to bet any number between 1 and 5 coins per hand, and the top prizes can increase dramatically when played at maximum bet. 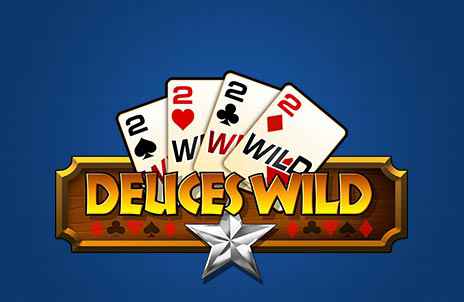 Most video poker variants include a Double feature, and Deuces Wild is no exception. After a win, the player can choose to risk the entire prize, or half the prize, on a guessing game. Five cards are dealt, only one of them face-up. The player must choose one of the face-down cards, and hope it is higher than the card showing.

If it is not, the player loses however much of the win they risked. If the player wins, the amount risked is doubled, and the player can choose to try the Double again. The knack to this is to win the first Double. If that comes off, the player can then happily risk only half of the accrued amount on a second Double and continue as long as their luck holds out, knowing that the original prize amount is secure.

Multi-hand versions of video poker titles are also becoming more and more popular, as they allow players multiple shots at winning on every deal. In multi-hand Deuces Wild play, five cards are dealt from a deck of 52 and then duplicated across however many hands are being played. Cards the player chooses to discard are likewise discarded from all the hands in play, and each hand draws its replacement cards from an identical pool of 47 remaining cards in the deck, so theoretically, the player can end up with a number of identical hands.

In practice, more often the player will end up with several different winning combinations of varying value, but which can add up to impressive amount on some of the bigger multi-hand games. Multi-hand versions of Deuces Wild include options with 10, 25, 50 or even 100 hands at a time.